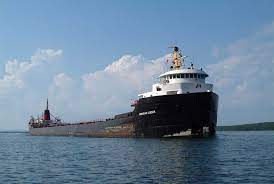 Representing a precedent setting action that will likely result in a dramatic reduction in the number of inadvertent introductions of exotic aquatic animal, plant, and algae species that occur in North America over the course of the next decade, the Canadian Ministry of Transport recently announced new ballast water regulations that will apply to vessels navigating the waters of Canada as well as to Canadian vessels operating anywhere in the world. Canada’s newly promulgated ballast water regulations include “lakers” – vessels that navigate only from port-to-port within the Laurentian Great Lakes.

Observing that “coasts and waterways are vital to our environment, livelihoods, and economy, and must be protected”, Minister of Transport Omar Alghabra stated that new ballast water regulations would require companies that own and operate vessels on Canadian waters to take action to significantly reduce the number of new exotic aquatic invasive species introductions by installing updated ballast water management systems, by increasing the frequency of ballast water management system inspections, and by enhancing the requirement to create and maintain records pertaining to ballast water system inspections, maintenance, surveys, and system certifications.

In announcing implementation of what the maritime and Great Lakes shipping industry views as strict, and expensive to implement ballast water regulations, the Canadian Ministry of Transport revealed that the decision to require the installation of modern ballast water system technology is supported by studies that indicate the action will result in reducing the number of exotic aquatic species that are introduced to Canadian maritime and Great Lakes ports by as much as 82%. It is important to point out that ballast water that is not treated before it is taken on-board in order to help keep vessels stable in turbulent waters can accidentally lead to the introduction and spread of exotic aquatic invasive species. Well known examples of ballast water enabled introductions of exotic species within the Laurentian Great Lakes region include now widespread species such as Eurasian water milfoil, quagga and zebra mussels, spiny water flea, and starry stonewort. The introduction and spread of exotic aquatic plant, animal, and algae species are now well known to be capable of rendering severe, long term negative impacts on native freshwater ecosystems, local fisheries, beaches, and critical infrastructure such as hydro-electric dams.

While conservation focused organizations such as the Chicago-based Alliance for the Great Lakes are “excited to see Canada decide to regulate lakers which can move aquatic invasive species from lake-to-lake”, United States-based Great Lakes shipping firms as represented by the Lake Carriers Association  have suggested that the new Canadian regulations regarding the use and release of ballast water are “unfair, excessively expensive, and designed to undermine competition in the business of ferrying goods across the world’s largest collection of freshwater lakes.” In response to Lake Carriers Association concerns, the United State Federal Maritime Commission recently launched a formal investigation into Canada’s intent to change the rules that govern an important aspect of shipping on the Great Lakes. The complexity of the issue is compounded by the fact that United States Environmental Protection Agency regulations effectively exempt “lakers” from the need to treat ballast water, only requiring ocean-going vessels to manage ballast water.