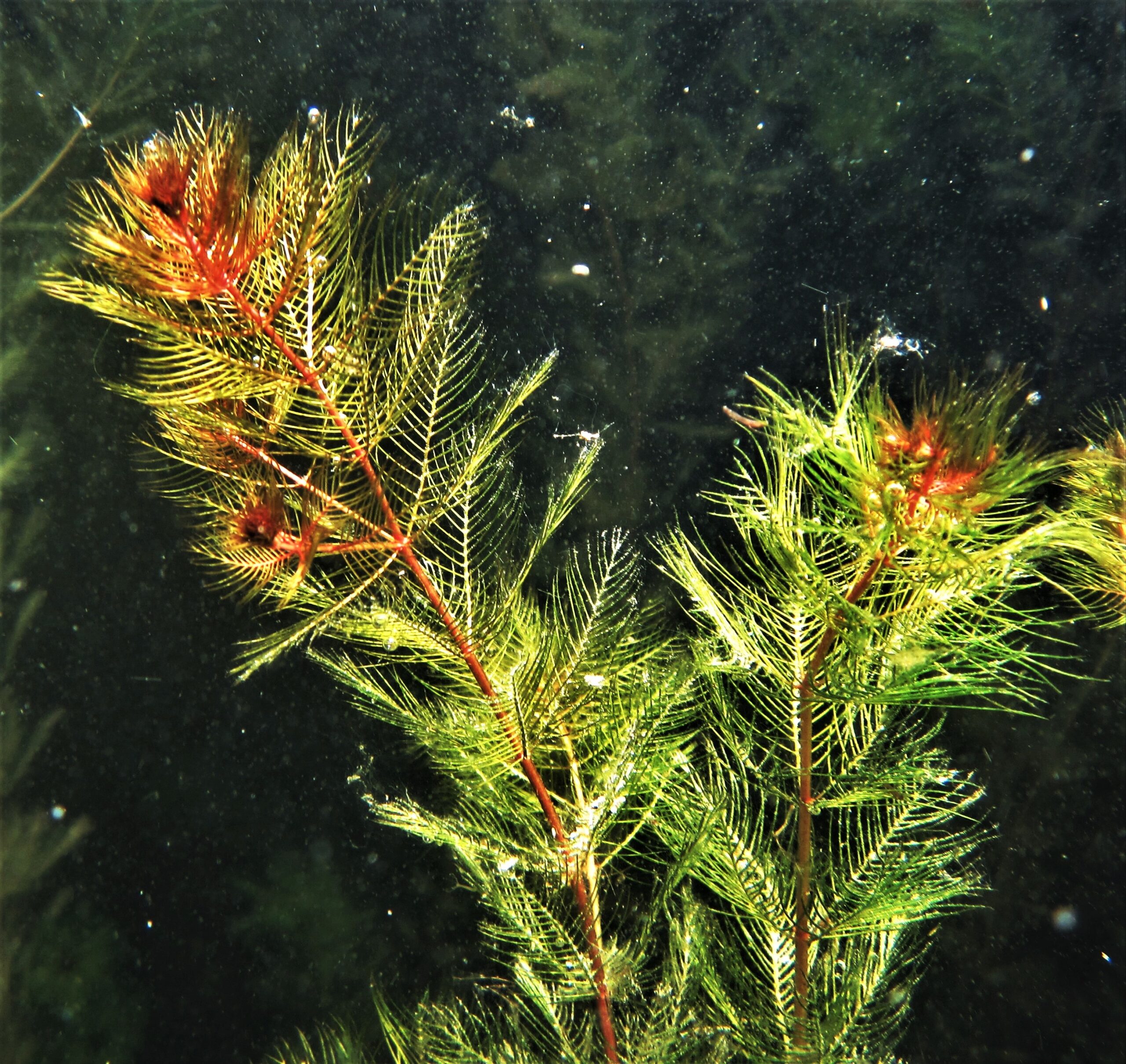 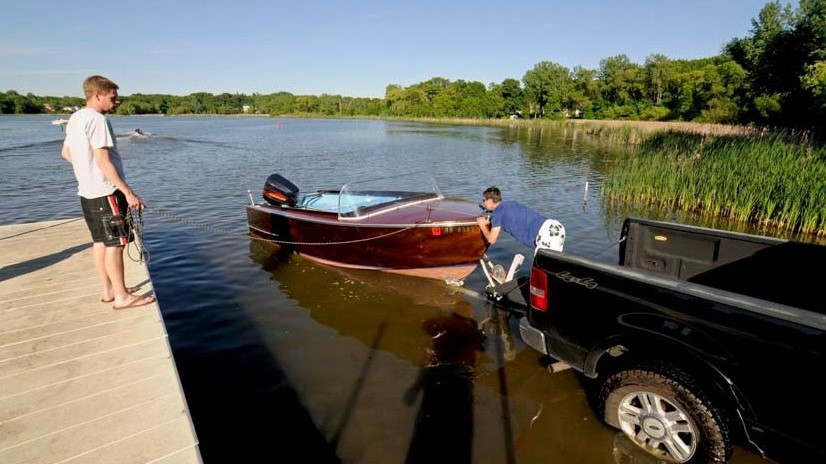 Frequently operating on a readily accessible and easily navigated network of large lakes and rivers such as the Detroit/St. Clair River system that are widely recognized for their spectacular scenery and world class freshwater fisheries, and that over the course of the past 150 years have also become international “hotspots” for spectacular biological invasions, the Laurentian Great Lakes region’s highly mobile recreational boating community continues to play an instrumental role in contributing to the increasingly widespread “success” of often highly invasive exotic aquatic animals, plants, and algae that now thrive in many of our lakes, rivers, streams, and wetlands (Bossenbroek et al., 2001; Johnson et al., 2001; Leung et al., 2006). Capable of having a deep and pervasive influence on the aquatic ecosystems that they successfully invade, the exotic aquatic invasive species that have thus far entered the waters of the Great Lakes region include an increasingly diverse array of crustaceans that act as voracious scavengers, fish that are capable of disrupting aquatic food webs, freshwater-borne viruses such as viral hemorrhagic septicemia that  cause large scale fish die-offs, and filter-feeding mussels, submerged macrophytes, and macroalgae that are capable of acting as powerful ecosystem engineers (Strayer, 2010).

Serving as both an international beachhead and as a viable gathering place for a diverse array of exotic aquatic species that have been introduced in previous decades, the Laurentian Great Lakes are poised to remain an important source for future exotic aquatic plant and animal invasions that are likely to occur within thousands of unconnected inland waters in the region as well as throughout North America (Rothlisberger and Lodge, 2013). Analogous to the hub-and-spoke pattern of secondary invasions that have been orchestrated by transient recreational boaters in a “stepping-stone” fashion from well-known heavily invaded international beachhead areas such as San Francisco Bay, and the Port of Vancouver (Washington state) to hundreds of coastal marinas, protected marine parks as well as to thousands of inland lakes, streams, and wetlands distributed throughout the region that were once thought to be immune from the negative impacts of international shipping (Levings et al., 2004), the Laurentian Great Lakes region has also experienced large scale secondary invasions of exotic aquatic invasive species that are primarily attributed to recreational boating (Minchin et al., 2006). Once successfully introduced within the waters of a beachhead location such as the frequently navigated Lake Erie, Lake St. Clair, or the Detroit/St. Clair River system, to cite just three primary examples, exponentially larger infestations of alien species may be facilitated by frequently occurring transport vectors such as recreational boaters (Minchin and Gollasch, 2002). Large scale secondary spread of often highly invasive exotic aquatic invasive species to smaller inland waters such as lakes, rivers, streams, and wetlands that are widely distributed throughout the Great Lakes region has been enabled by the fact that, as reported by the National Marine Manufacturers Association (2019), approximately 95% of recreational boat owners tow their watercraft.

Although the secondary spread of exotic aquatic invasive species may also occur through natural means of dispersal, much of the on-going rapid spread of exotic aquatic species to thousands of inland lakes widely distributed throughout the Laurentian Great Lakes region may be directly attributed to in-water dispersal and overland movement of recreational small-craft boats (Bossenbroek et al., 2001; Leung et al., 2006). It is important to note that larger inland lakes that are popular with the region’s recreational boating and sport fishing communities are far more likely to experience a significant number of successful exotic aquatic invasive species introductions, and to consequently serve as source hubs for their secondary dispersal (Johnson et al., 2001). Representing a popular regional destination for the province’s enthusiastic sport fishing community, Ontario’s Lake Simcoe, for example, has long since served as a regional hub for the secondary dispersal of invasive Eurasian water milfoil, exotic zebra and quagga mussels, and spiny water flea (Kelly et al., 2013). Emphasizing the significance of the role of recreational boaters in facilitating the secondary dispersal of invasive exotic macrophytes, Brainard and Schultz (2012) discovered that inland lakes hosting public boating access sites possess an average of three times more invasive macrophyte associated biomass compared to lakes that are not accessible to the region’s transient recreational boaters.

It is important to note that the extent to which transient recreational water craft owner/operators continue to inadvertently contribute to the spread of exotic aquatic invasive species may be directly attributed to the fact that many of them have not yet committed the time and effort necessary to avail themselves of the wealth of outstanding educational resources that have been developed and made readily available in order to help recreational boaters curtail the spread of exotic aquatic species that are currently available on the recently revised Michigan State University Extension Clean Boats, Clean Waters website. Dedicated to developing a Michigan-based Clean Boats, Clean Waters program that is devoted to “building a unified understanding of boat cleaning practices and regulations through the creation and distribution of materials, mobile boat washing demonstrations, events, and partnerships with environmental organizations”, the program’s outstanding website provides users with a wealth of detailed information supported by well-illustrated graphics that have been designed to enable and enhance the capacity of on-line users to learn how to effectively combat the spread of aquatic invasive species by properly implementing “Clean, Drain, Dry, Dispose” procedures. The newly revised program website has also dedicated a large section to providing those who take the time to visit the resource rich site with a wealth of aquatic invasive species focused education outreach materials, including a host of downloadable documents whose content is devoted to teaching recreational boaters how to identify and manage aquatic invasive species. The highly organized and well-illustrated web site also includes important information on how to apply for Michigan Clean Boats, Clean Waters program sponsored 2021 grant opportunities, and information regarding the program’s unique Mobile Boat Wash demonstration unit that has appeared at numerous public boating access sites throughout Michigan over the course of the past few summers. It is important to note that Michigan State University Extension is leading the effort to refresh and implement the new Clean Boats, Clean Waters program in cooperation with the Michigan Department of Environment, Great Lakes and Energy. The reinvented Michigan Clean Boats, Clean Waters program also builds upon existing collaborative partnerships with statewide and local partners including the Michigan Lakes and Streams Association, Cooperative Invasive Species Management Areas, and lake associations, and is actively seeking new opportunities and partnerships with which to share the Clean Boats, Clean Waters “clean, drain, dry” message. To visit the Michigan State University Extension Clean Boats, Clean Waters website, click here.  Those interested in learning more about on-going efforts to thwart the spread of invasive species should also visit the Midwest Invasive Species Information Network (MISIN) program website that is dedicated to developing and providing early detection and response resources for invasive species.

Doll, A. (2018). Occurrence and Survival of Zebra Mussel (Dreissena polymorpha) Veliger Larvae in Residual Water Transported by Recreational Watercraft. A Theses Submitted to the Faculty of the University of Minnesota in Partial Fulfillment of the Requirements for the Degree of Master of Science. University of Minnesota, Minneapolis, MN.

Minchin, D. & Gollasch, S. (2003). Fouling and ships’ hulls: how changing circumstances and spawning events may result in the spread of exotic species. Biofouling, 111-122.

Rothlisberger, J. & Lodge, D. (2013). The Laurentian Great Lakes as a beachhead and a gathering place for biological invasions. Aquatic Invasions. 8, 361-374.

Strayer, David. (2010). Alien species in fresh waters: Ecological effects, interactions with other stressors, and prospects for the future. Freshwater Biology, 55, 152 – 174.