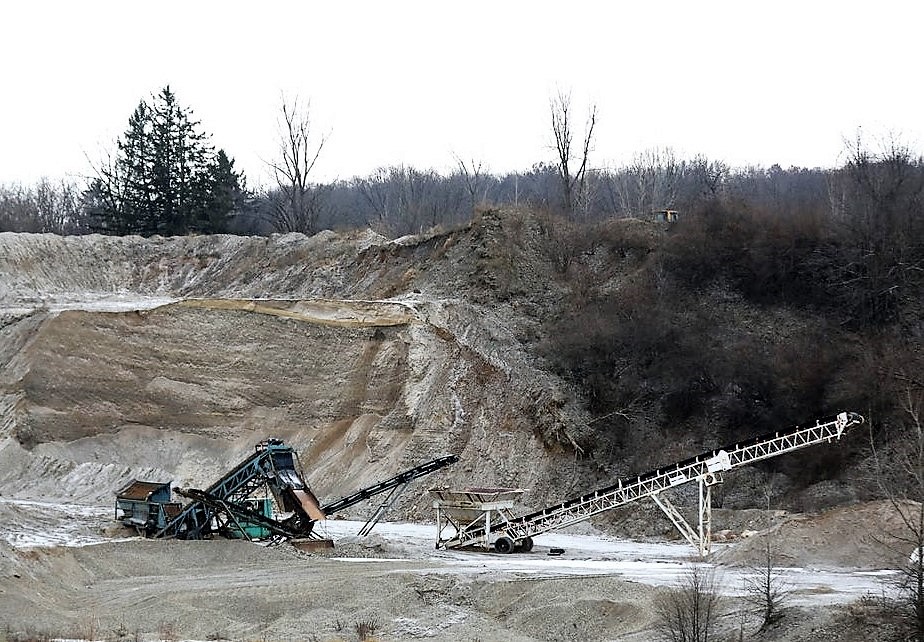 Representing a renewal of an intensive effort that began in 2017, the Michigan Aggregates Association, in consortium with gravel and sand mine operators, and other interested business groups have launched a new push in Lansing to pass legislation that would make it much easier to open and operate a sand and gravel mine near residential communities. If passed into law, the language of Michigan Senate Bills 429, 430, and 431 would act to eliminate the authority of local governments to approve, and void the ability of local zoning officials to regulate mines in a manner that may help to  minimize their negative impact upon the quality of life for residents living in surrounding communities. The proposed legislation would also act to move approval authority for aggregate mines from local governments to the Department of Environment, Great Lakes, and Energy (EGLE). It is important to note that language embedded in the package of bills would also effectively prohibit EGLE from denying a permit application based solely upon the potential for the proposed surface mining operation to have a negative impact on the water quality of surrounding lakes, streams, wetlands, and/or of groundwater.

Those supporting the initiative, including highway construction contractors, and others currently involved in supporting a large number of projects focused on rebuilding and repairing Michigan’s highways, roads, bridges, and dams argue that their pro-active support for the legislation stems from the fact that they often have to travel relatively long distances to acquire the large quantities of gravel and sand that are required to complete their work. Supporters of the legislation have also argued that the 325 gravel and sand mines currently operating in Michigan are unevenly distributed throughout the state making it difficult for them to efficiently meet the exceptionally high demand for aggregate on a timely basis.

Those opposing the initiative that is being sponsored by the Michigan Aggregates Association, and their allies within the highway construction industry argue that the legislation would effectively eliminate zoning authority and oversight capability from local governments, and allow sand and gravel mining operations to negatively impact local residents, public schools, businesses, and hospitals. It is important to note that several non-profit organizations, including the Michigan Association of Counties, the Michigan Township Association, the Michigan Municipal League, and the Michigan Association of Planning,  and several environmental groups such as the Michigan Chapter of the Sierra Club, and the Metamora Land Preservation Alliance, for example, have joined forces to help ensure that the legislation is not passed into law. Opposition to the controversial legislation also stems from the reality that even though there is a high potential for surface mining operations to contaminate groundwater supplies, and to negatively affect the water quality of surrounding lakes, streams, and wetlands, the proposed legislation would forbid the Department of Environment, Great Lakes, and Energy from denying permit applications based solely on this fact.

Readers should “stay tuned” to future Michigan Waterfront Alliance newsletter updates for information regarding the status of the proposed legislation.