On May 19, 2020, four dams that created four large lakes on the Tittabawassee River system failed, draining or severely reducing the level of all four lakes and flooding hundreds of homes on the lakeshores, and in the city of Midland.

While this was big news across the state, and nationally, at the time, the people of the area have been living with the aftermath of this disaster for the last 18 months. After the initial cleanup, much work has been done to stabilize the dams in preparation for them to be rebuilt in order to restore the lakes. Residents of the four lakes have focused their efforts on this through the four lake associations and an organization named the Four Lakes Task Force. The Four Lakes Task Force is the Authority delegated by the Counties of Midland and Gladwin to manage the debris cleanup and the stabilization and reconstruction of the dams.

Along with the physical work involved, much discussion has taken place between representatives of the Four Lakes Task Force, together with the lake associations, and the offices of numerous state legislators. These local representatives have been requesting that the state legislature enact legislation to improve dam safety and provide funding for dam restoration and repair. There are currently four bills in both the state House and Senate dealing with these issues. In addition, there is MI Senate Bill 565 that includes money for dam repair along with funding for other water related infrastructure upgrades including failing septic systems, and lead water pipe replacement.

The lake associations of the four lakes support and manage the website RestoreTheLakes.org. The website is designed as a tool to help residents of the four lakes communicate with their elected officials about their desire to have the lakes restored. The website contains a summary of the issues that lake residents should want to communicate to state legislators. It also has lists of various officials, along with their office, and email and postal addresses. Example letters and information points are also included. These letters and information points are periodically updated as legislation moves through the state House and Senate.

Editors Note: The Officers and Directors of the Michigan Waterfront Alliance (MWA) wholeheartedly support MI Senate Bill 565, and all currently pending legislation that seeks to appropriate funding to enable the repair and restoration of not only the Tittabawassee River dams mentioned in the article above but to also restore hundreds of dams distributed throughout Michigan that due to their age, and/or deficient design are known to be in imminent danger of catastrophic failure.

It is also important to note that in addition to providing funding allocated to dam repair and/or restoration, MI Senate 565 also provides much needed funding to help protect and promote clean drinking water such lead pipe replacement, to fund the repair or replacement of failing septic systems, to provide clean water infrastructure grants, to fund wetlands mitigation grants, and to provide PFAS remediation grants.

The passage of Senate Bill 565 is critical to helping to ensure a safe and viable future for hundreds of Michigan communities and millions of our fellow citizens! MWA therefore encourages all of our readers to to reach out to their respective State Representatives and Senators in order to express their support for this critical legislation. Readers can find their State Senators by clicking here ; and their State Representatives by clicking here . 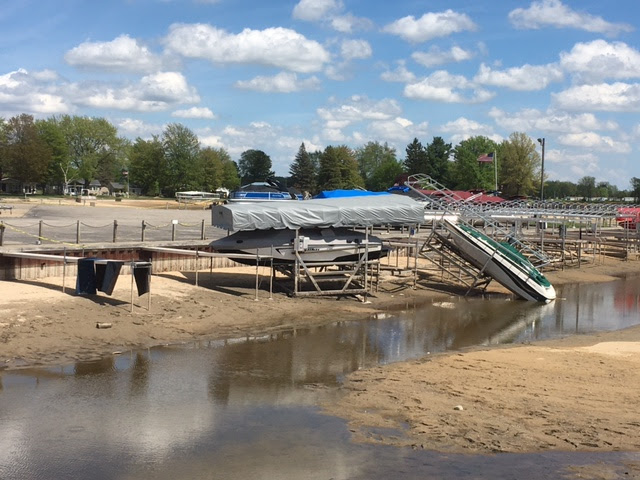