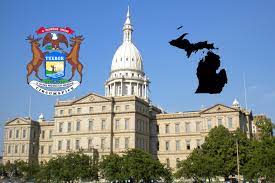 Our readers should keep in mind that 2022 is a local, state, and federal election year. This year’s election is scheduled to be held on Tuesday, November 8th. Several controversial bills introduced in the past year, including legislation that would effectively strip local governments of the authority to issue gravel mine permits; and ban local governments from adapting, and/or enforcing zoning ordinances that would have the effect of prohibiting short term rentals are not likely to be acted upon in an election year where incumbent members of Michigan’s House and Senate are reluctant to vote yes on legislation that may cost them votes on election day. Although corporate supporters of the legislation continue to pro-actively support passage of House Bill 4722 and Senate Bill 1210, the state legislature is unlikely to consider either of the bills until a new session is called to order in January 2023 – well after the election.

If passed into state law, Senate Bill 991 would:

If passed into state law, Senate Bill 1210 would:

If passed into state law, House Bill 4722 would:

To track the current status of legislation pending action by the