Occurring in response to gradually warming waters that reach 55° F (12.7° C), and increasing periods of daylight that occur with the onset of spring, the male of most members of Family Centrarchidae species, including bluegill, red ear sunfish, white and black crappie, and largemouth bass create spawning nests by utilizing their caudal fin to form deep circular depressions in the substrate. Male and females of the particular species then engage in a courtship dancing ritual that (hopefully) leads to the female depositing her eggs into the nest that the male has created.

It is important to point out that while the role of the female is restricted to depositing eggs, in addition to fertilizing the female’s eggs, males assume multiple roles that require relatively long-term involvement in the reproductive process such as frequently fanning the nest to prevent sediment from smothering the eggs, and aggressively protecting the eggs and fry by keeping potential predators away from their nest.

Created in areas of the substrate in depths of five feet or less, the nests are formed in areas of the substrate hosting large quantities of stone and gravel situated in close proximity to the protective cover and prey provided by submerged macrophyte communities. The narrow spaces between the stone serve to provide a modicum of protection to the eggs and tiny fry from predation, and from wind and watercraft generated perturbations.

Conservation-minded boaters can help protect the reproductive efforts of their lake’s fish by completely avoiding areas of the lake hosting fish nests, or by proceeding at a very slow operating speed in areas of the lake characterized by water depth of up to five feet. Operating at a slow speed in shallow areas may also contribute to preserving the water clarity of the lake by preventing high volume resuspension of bottom substrates. 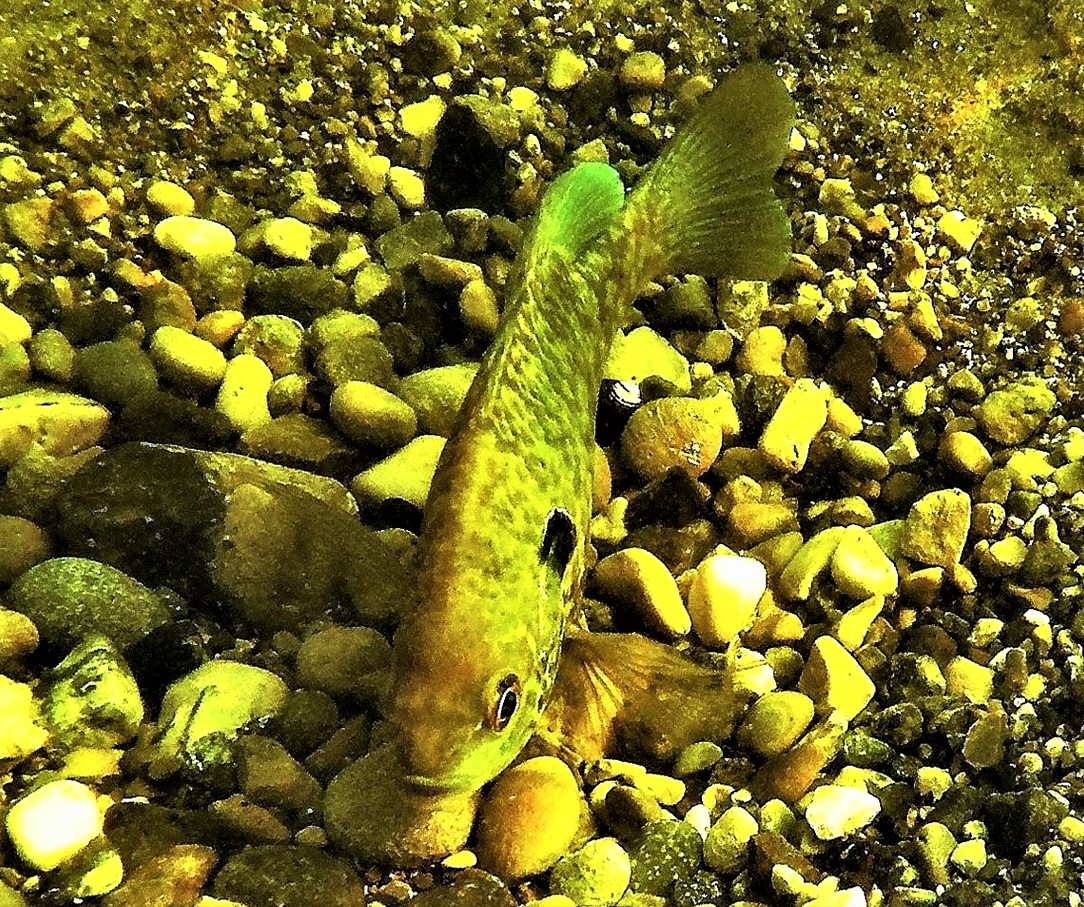